This page is the brochure for your selected program. You can view the information provided for this program on this page and click on the available buttons for additional options. 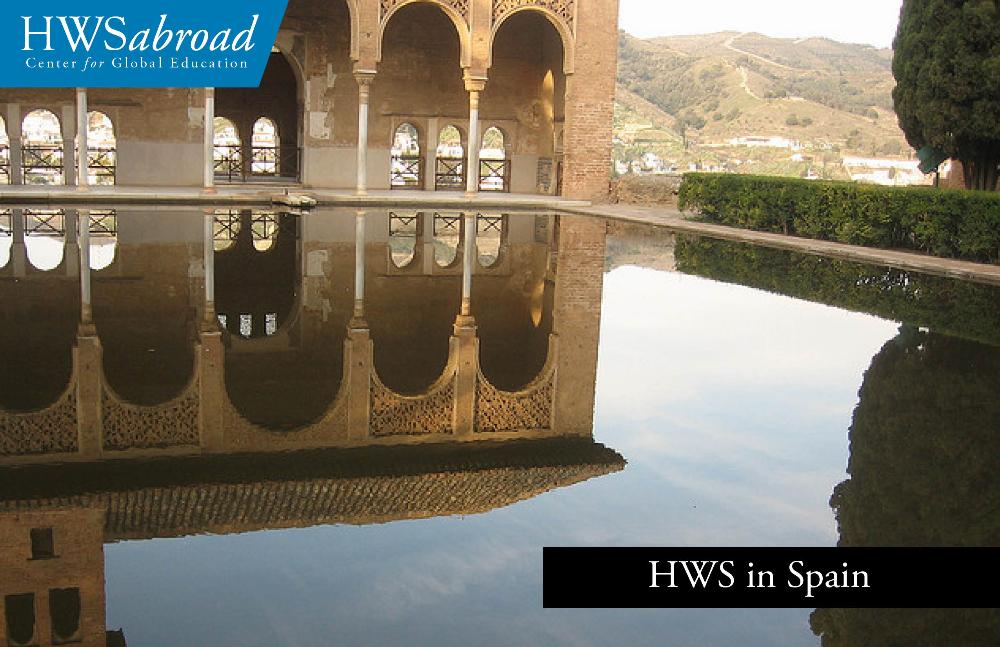 Seville is the capital of the region of Andalucía and the cultural and financial center of southern Spain. It is the fourth largest city in Spain with a population of over 700,000 and has a rich history dating back to Roman times. Seville was an important center during the Moorish occupation and the influence of Arabic culture is evident throughout the city and region.

It was also the center of trade with the Americas following the Conquest and is home to the Archivo General de Indias which houses documents relating to the relationship between Spain and its colonies in the Americas. Today Seville is a vibrant city, a commercial center with numerous cultural attractions, known for flamenco, festivals such as Semana Santa and La Feria de Sevilla, and its Mediterranean climate.

The Seville program, offered through Hobart and William Smith Colleges’ affiliation with Academic Programs International (API), is based at the University of Seville. Students will take courses both at the University and the API Center and will reside in homestays arranged by API. A series of excursions and cultural programming will complement the academic program.

Students will take 4 courses during the semester, all taught in Spanish, including the Faculty Director’s Seminar and three electives of their choosing from those offered at the University of Seville.

Fall 2023 Director’s Seminar: SPAN 316 Voces de Mujeres (1 credit)
This course focuses on strategies used by Spanish/Hispanic feminist writers and artists to express themselves and promote social change. Class discussions will examine how authors challenge traditional literary criticism and redefine established terms such as “woman,” “gender,” and “feminist.” The course offers students the opportunity to improve their academic Spanish and develop skills in critical literary analysis. Voces de mujeres covers varied literary and artistic movements through collaborative group activities, presentations, readings, and written work. A prerequisite for entry to the class is the completion of two Level II language courses. Class discussions in Fall 2023 will examine how women authors have contributed to discourses of resistance from the Spanish Civil War period to the post-Franco era.

Students may choose Spanish Language and Humanities courses from those offered at the University of Seville. Examples of courses that may be offered include:

Those with advanced language skills may take one direct enroll course with Spanish students in the Department of Geography and History (the availability of these courses cannot be determined until arrival).

For a comprehensive list of courses offered, you may access the API course catalog HERE (scroll down to see "course offerings"). You may also use API's Class Finder tool with the parameters included HERE.

ACADEMIC FOCUS
The Seville program is of particular interest to students majoring or minoring in Spanish and Hispanic Studies or those who wish to further enhance their Spanish language skills.

This program is open to sophomores, juniors, and seniors in good academic and social standing who have a minimum GPA of 2.75. It is recommended that students complete the equivalent of 5 semesters of college-level Spanish (or more) prior to departure, although those with the equivalent of 4 semesters will be considered. All students participating in the program must successfully complete one Spanish course (SPAN 122 or above) during the spring semester prior to studying abroad in Seville. Due to the challenging nature of study abroad, student academic and disciplinary records will be carefully screened.

Students will reside in homestays arranged by API, the best way to experience Spanish daily life first-hand. Hosts are carefully chosen by the housing coordinator who will make every effort to match students with families based upon their expressed preferences. Students will be provided with three meals a day in their homestays.

The program will begin with an orientation in Madrid, Spain’s capital and largest city. Additional excursions will be organized to locations such as Toledo, Cordoba, Granada, Grazalema, and Barcelona as well as to sites of cultural and historical interest in and around Seville.

Students will be charged standard HWS tuition and fees, room and board fees, and a $600 administrative fee. This will cover tuition for a four-course semester, health insurance, housing, meals, and program-related activities and excursions.

Additional expenses not covered include airfare, visa, books, and personal expenses (laundry, entertainment, ground transportation, and independent travel). We estimate airfare for this program at $1000-$1200 from the East Coast, visa at $150, and books at $250. It is difficult to give an accurate estimate of personal expenses because student spending habits differ considerably. We would suggest a minimum of $1500. However, students on a tight budget should be able to manage with less. If you are concerned about finances we strongly encourage you to talk to the CGE staff who can offer information and advice based on your specific situation.

HWS students must complete all components of the Global Education application in order to be considered for admission to this program.

IMPORTANT: The handbook(s) below is/are the most recent handbook(s) published for this program. A new version, with updated information, will be made available each semester. Program participants will receive their updated handbook approximately 2-3 months prior to their program’s start date.

Please DO NOT MAKE TRAVEL ARRANGEMENTS until you have received final confirmation of the program start/finish dates for the specific semester you are attending. Dates included in versions of the program handbook intended for previous semesters do not necessarily apply to future programs.

NOTE: The information above is subject to change. Please see the CGE for more information.


There are currently no active application cycles for this program.